Risca Vets were founded in 2015 and is the latest team to represent Risca Rugby Club which has two senior sides; an U19 Youth team; plus a successful junior and mini-section with age groups from under 8 to under 16.

Risca RFC was founded in 1875 and it has been one of the leading clubs in what was, before the advent of the leagues, known as the “Monmouthshire League”.

Many fine players who have worn the black and amber jersey have gone on to play at the higher level for Newport, Newbridge, Cross Keys and to gain representative honours with Crawshays and at International Level.

A memorable day in the history of the club was the 21st October 1961. This date marked the official opening of the new social club, sited at the ground. As well as their welcoming new clubhouse the club also has fine dressing rooms, showers and all the conveniences associated with clubs much richer than Risca. Even these fine facilities have been superseded in recent times by the building of a Sports and Leisure Centre as the result of a Sportlot grant and a vision for ensuring the future of Risca RFC by the then chairman Clive James.

The centre, which is sited at the ground, was opened in 1998 and this has provided modern changing rooms and indoor training facilities for the rugby players as well as an opportunity for local clubs and young people to play and train for cricket, badminton, tennis, bowls, netball, basketball and volleyball in the excellent sports hall. More recently, the sports hall has been converted to an indoor 3G training facility. 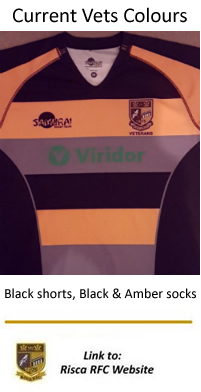